What is Anemia? It causes symptoms, prevention and symptoms 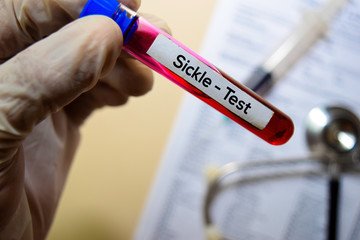 It is a condition in which the number of haemoglobin in red blood cells is low. These globules are the ones in charge of supplying oxygen to the tissues. This haemoglobin is the iron-rich protein that gives blood its red colour while allowing red blood cells to carry oxygen from the lungs to the rest of the body.

“Anemia is the decrease in the usual erythrocyte mass, which is what supplies oxygen to the tissues and allows for a normal life. For practical purposes, a man suffers from anaemia when he has less than 13 grams of haemoglobin per deciliter of blood.

“The tendency to suffer from anaemia is greater in women than in men. This is because women of childbearing age, due to their menses, are at greater risk of presenting iron deficiency anaemia. This type is caused by blood loss or lack of iron intake”, explains the haematologist.

There are three leading causes of Anemia:

These causes can result from various diseases, health problems or other factors. For example, in the case of blood loss, it can also be caused by a decrease in platelets or some coagulation factor; the lack of red blood cell production can be caused by chronic or kidney disease; and, in the case of rapid destruction of these blood cells, the cause may be, among others, hereditary spherocytosis, a condition in which the red blood cells are too fragile due to a genetic problem in a protein in their structure.

Although red blood cells are produced in various body parts, most of their production is carried out by the bone marrow, a tissue found inside some bones that generate blood cells.

Possible causes of Anemia can also be:

Certain medications: In some cases, a drug can cause the immune system to mistakenly believe that red blood cells are foreign and dangerous agents. These antibodies attach to these red blood cells and cause them to be destroyed too early. Drugs that can cause Anemia are cephalosporins (a type of antibiotic), penicillin and its derivatives, some nonsteroidal anti-inflammatory drugs, or quinidine.

The disappearance of red blood cells earlier than usual is a consequence that is usually caused by problems in the immune system.

To prevent episodes of certain types of Anemia, especially those due to iron and vitamin deficiencies, changes in diet or the use of food supplements can be made.

Anaemia due to vitamin B12 deficiency: a drop in red blood cells due to a lack of this vitamin.

Folate deficiency anaemia – is caused by a decrease in the number of red blood cells due to a lack of folate, a type of B vitamin called folic acid.

Iron deficiency anaemia occurs when the body does not have enough iron, a mineral that helps make red blood cells.

Anaemia due to chronic disease: typical of those patients who present a prolonged condition classified as chronic, such as autoimmune pathologies, renal failure and chronic infections. It is also a common type of Anemia, mainly in older people.

Hemolytic Anemia: one in which red blood cells are destroyed earlier than expected, before 120 days. It is less frequent anaemia.

Idiopathic aplastic Anemia: A condition in which the bone marrow does not make enough blood cells. It is anaemia called “regenerative” and of low frequency.

Megaloblastic Anemia: the red blood cells are larger than normal.

Sickle cell anaemia: A disease that is passed from parents to children. Red blood cells, which are typically disk-shaped, have a crescent shape.

Thalassemia is a blood disorder passed down through families (inherited) in which the body produces an abnormal form of haemoglobin, the protein in red blood cells that carries oxygen. This disorder destroys large numbers of red blood cells, leading to Anemia. Its frequency is also low in our country.

The diagnosis of Anemia is made based on the patient’s medical and family history, medical examination, and the results of tests and procedures.

Medical and family history: The specialist will ask the patient if they have any signs or symptoms of Anemia. In addition, she will consult if you have had any illness or health problem that may cause the said condition. In addition, the patient must report the medications they take, the type of diet they follow and if any of their relatives have Anemia or a history of said disease.

A medical examination will be carried out to determine the severity of the Anemia and investigate its causes. This examination may include: listening to the heart to see if the heartbeat is fast or irregular and the lungs, as well as palpating the abdomen to see the size of the liver or spleen. In addition, the doctor may perform other types of tests to determine possible blood loss.

Complete blood count, in which different components of the blood are examined. If the total blood count diagnoses Anemia, other tests such as haemoglobin electrophoresis, reticulocyte count, or tests to determine the concentrations of iron in the blood and body stores will be needed.

Anaemia treatment depends on the disease’s type, cause, and severity. Treatments may include dietary changes, nutritional supplementation, medication, or surgery to address blood loss.

Changes in diet or additional supplements: increase iron consumption (through foods such as spinach or similar vegetables, lentils, chickpeas, nuts or cereals and bread ), vitamin B12 (present in eggs, meat and fish), folic acid (thanks to bread, pasta, beans or bananas) or vitamin C (found in kiwis, strawberries or melon).

Drugs such as antimicrobials to treat infections, hormones to decrease menstrual bleeding or medicines to stop the body’s immune system from destroying its red blood cells.

In the most severe cases, interventions such as blood transfusion, blood and bone marrow stem cell transplantation will increase the number of red and white blood cells and platelets or, in extreme cases, surgery for severe bleeding or life-threatening.

In cases of severe Anemia, patients will have problems with their body transporting the amount of oxygen necessary for all processes to be carried out normally and, therefore, they may suffer a heart attack.

If anaemia occurs during pregnancy, children may be born with low weight.

Finally, the patient can die if extreme bleeding is not controlled.